That time we trespassed...

When we were in Amarillo for Thanksgiving, after the food had settled and the football game was over, we decided to walk off some of that food and go exploring around the area. 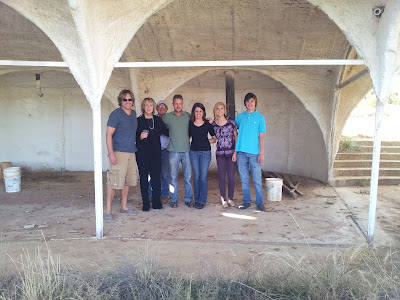 This place used to be a part of the Craft Center in the 60's and was once some apartments.  This vacant building is igloo looking with a semi-circle shape and  standing in its emptiness, you can totally imagine hippies hanging out.  Lue Anne told us that she actually had one of them rented in the 70's!  Crazy.  She never lived in it because her friend wanted to live closer to town. 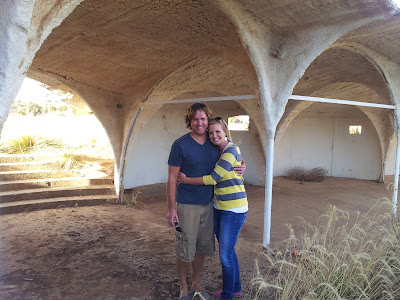 We walked about a mile to the source of our curiosity.  Amy is a realtor, and the garage door entry was open, so it wasn't breaking and entering or trespassing.  It was house hunting.  And this sign didn't apply to us. 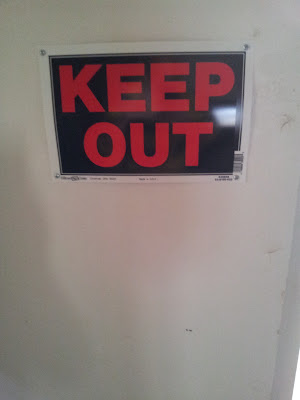 I have never seen a house like this.  Weird, funky, creepy, cool.  Can't you just imagine a 70's movie filmed here? 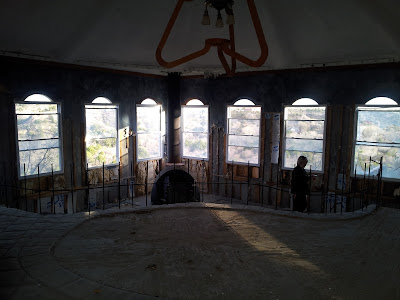 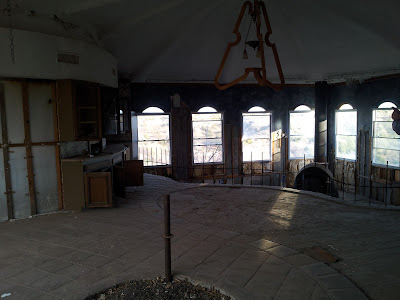 The view.  This picture does not do it justice. 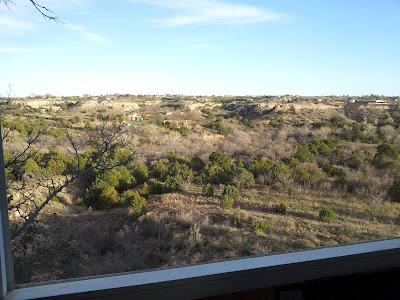 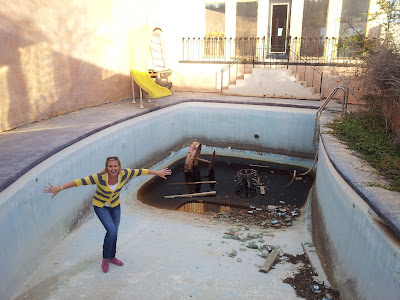 To the right of the pool, there are 3-4 rooms with their own door that leads to the courtyard.  Perfect set-up for a bed and breakfast, if you ask me.

And don't even get me started on this tub.  I want it.  The bathroom looked like it could be on the movie Tombstone. 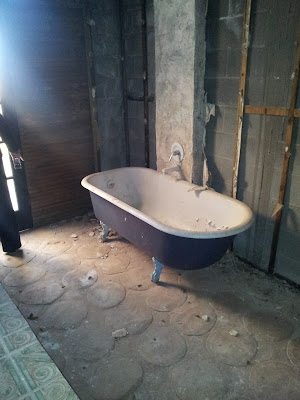 And this?  I adore.  It's the entry to the courtyard from the street.  Fancy. 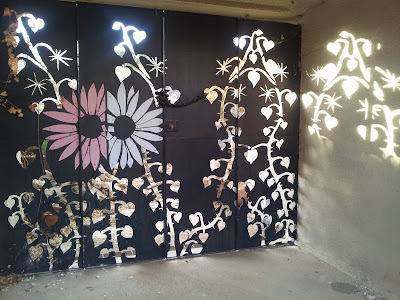 We didn't stay long.  Just enough to see everything.  I didn't go upstairs, though.  I was scared I'd fall through the floor.

I kind of want to name it. 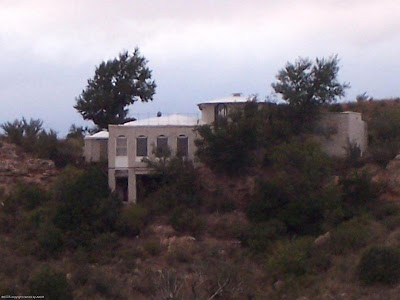 Posted by shellie at 2:57 PM No comments:

It seems like I've fallen off the face of the blog.  We've been in full on family mode since our departure from Nashville and have been loving every minute of it.  (In addition to limited access to some wireless internet).

This year was our year with the Monk side for turkey day.  My in-laws recently moved into a new house and it was our first time to see it.  Amazing.  I'll try to do a better job of taking pics for another post, but let me just tell you:  we love it.  (And there's tons of beds and room for some grandkids).


The first morning we were in town, Trent surprised me with a quiche.  Hashbrown crust, of course.  It was yummy. 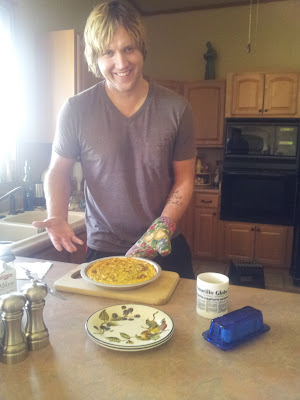 We went over to Travis and Amy's house for dinner one night.  They have two Great Danes.  Now, this picture makes Achilles look like a normal size dog.  However, if you notice the counter behind him, you'll see that he is THE SAME HEIGHT.  He's harmless and so is his sister, Dottie (Dot Pot). 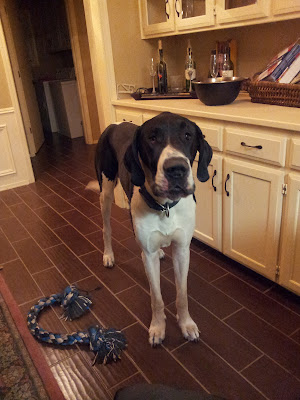 And since we're on the topic of dogs, here is Sam.  He's rarely still.  And usually only listens to his dad.  But he sure is precious... 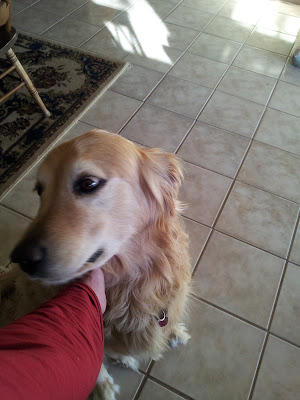 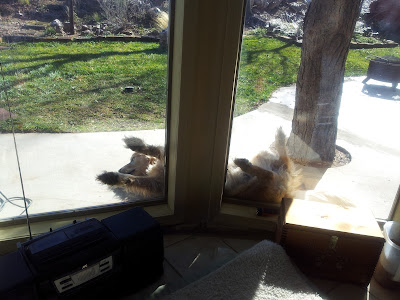 Trent's parents bought some new stools and he put them together.  I'm glad I did not have that job.  They took 45 minutes to an hour each!  There were 6.  But they sure are pretty =) 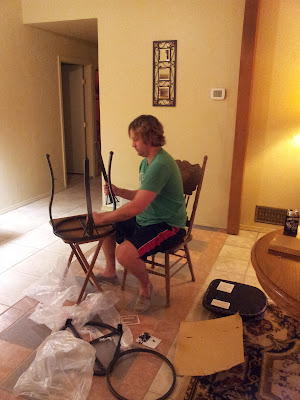 During chair assembly, Mamasan and I were on pepper duty.  It's not a Monk holiday without them.  Jalapeños stuffed with cream cheese wrapped with bacon.  *Pause for mouth water* 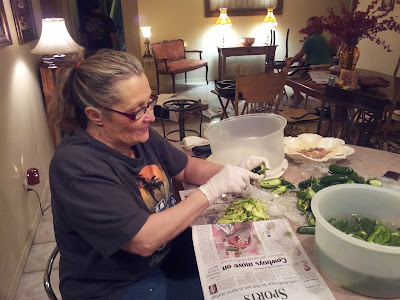 I was the bacon wrapper.  Because of course I was. 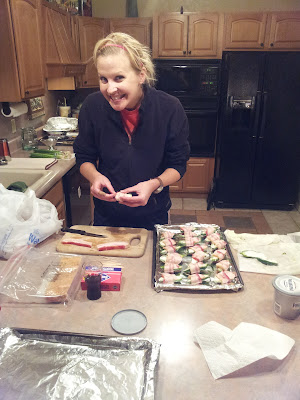 Everyone was bringing something and since it's not Thanksgiving without sweet potatoes, I decided to make some.  Which I have never done.  Ever.  So, I consulted the social media.  I had lots of feedback (hallelujah) and I settled on a recipe.  It smelled, tasted, and looked delicious.  However, the consistency was a cross between baby food and baby poop.  Needless to say, the leftovers are probably still in Trent's parents' fridge.  (Meaning:  hidden and forgotten).  Trent decided to make dressing.  FOR THE FIRST TIME EVER.  And it was delicious.  Because of course it was.  Next time, I'll just stick to the cream cheese smothered in spicy jelly. 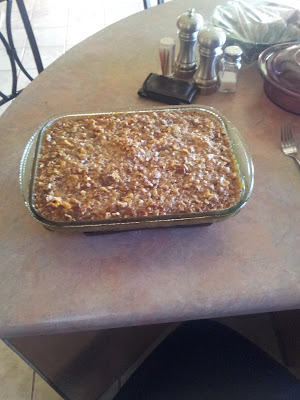 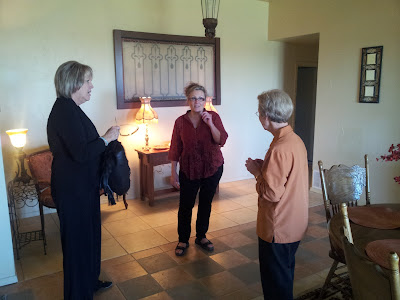 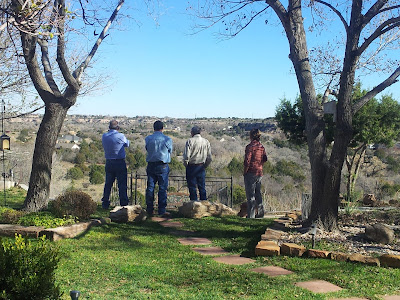 Post-turkey workout.  I captured my ensemble, because it reminded me of getting bundled up for coaching golf.  (Except I didn't coach in yoga pants.  Ewwww).  The running route we took is painful challenging.  Lots of hills.  The largest one, in fact, I have named.  I go back and forth between "Hill of Death" and "Suicide Hill." 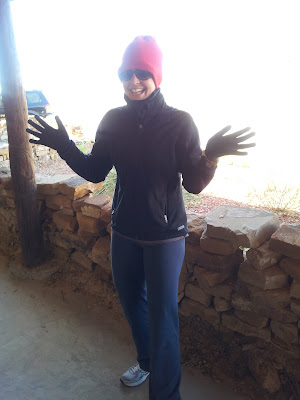 The Saturday after Thanksgiving, Tim and Ginny had a House Warming of sorts.  We all gathered, ate more, talked about the new house and its crazy history.  And played 10,000.  It's a dice game that is a Monk tradition.  So fun and so easy!!!  If you want the rules, let me know! 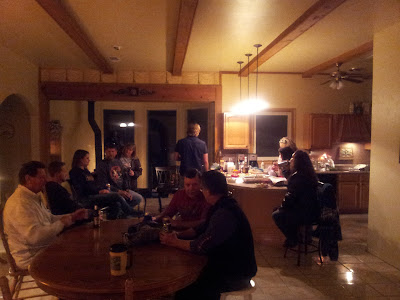 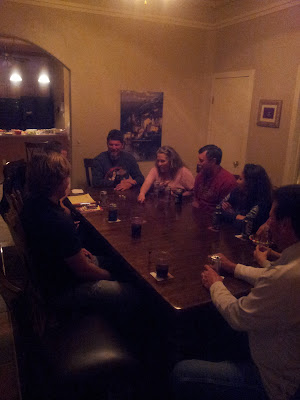 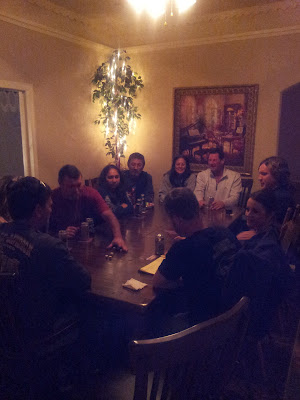 What did you do for Thanksgiving?

And stay tuned for my tale of trespassing!  Fun times. 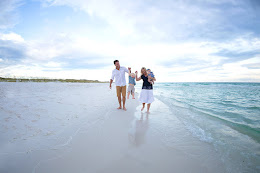 Welcome to Manic Monkdays. I like to share our tales from the road and typical mom posts. There may also be some crafts and other randomness thrown in for good measure. If that's your thing, come on in and sit a spell. 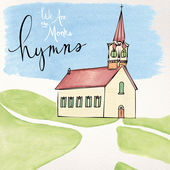 A Very We are the Monks Christmas 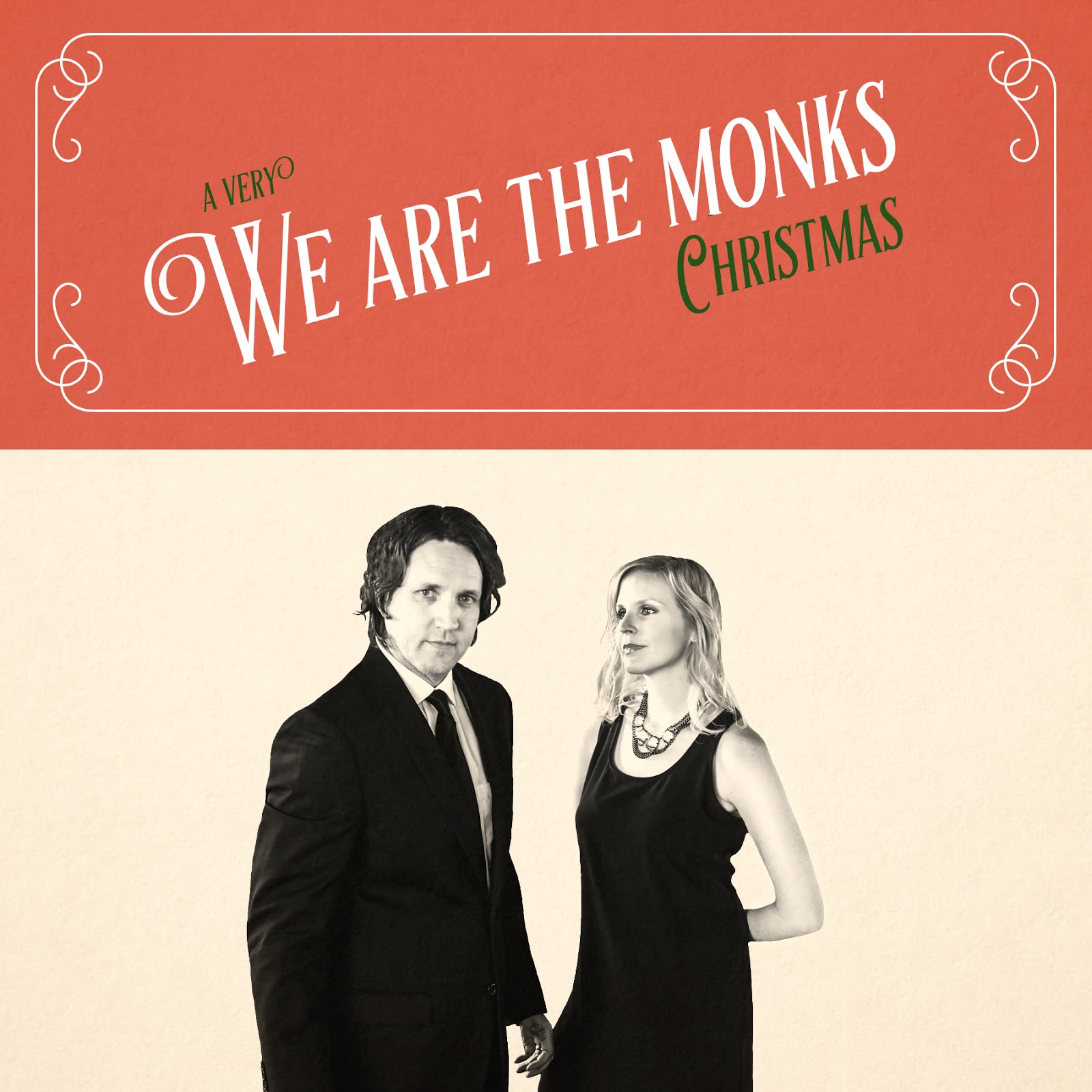 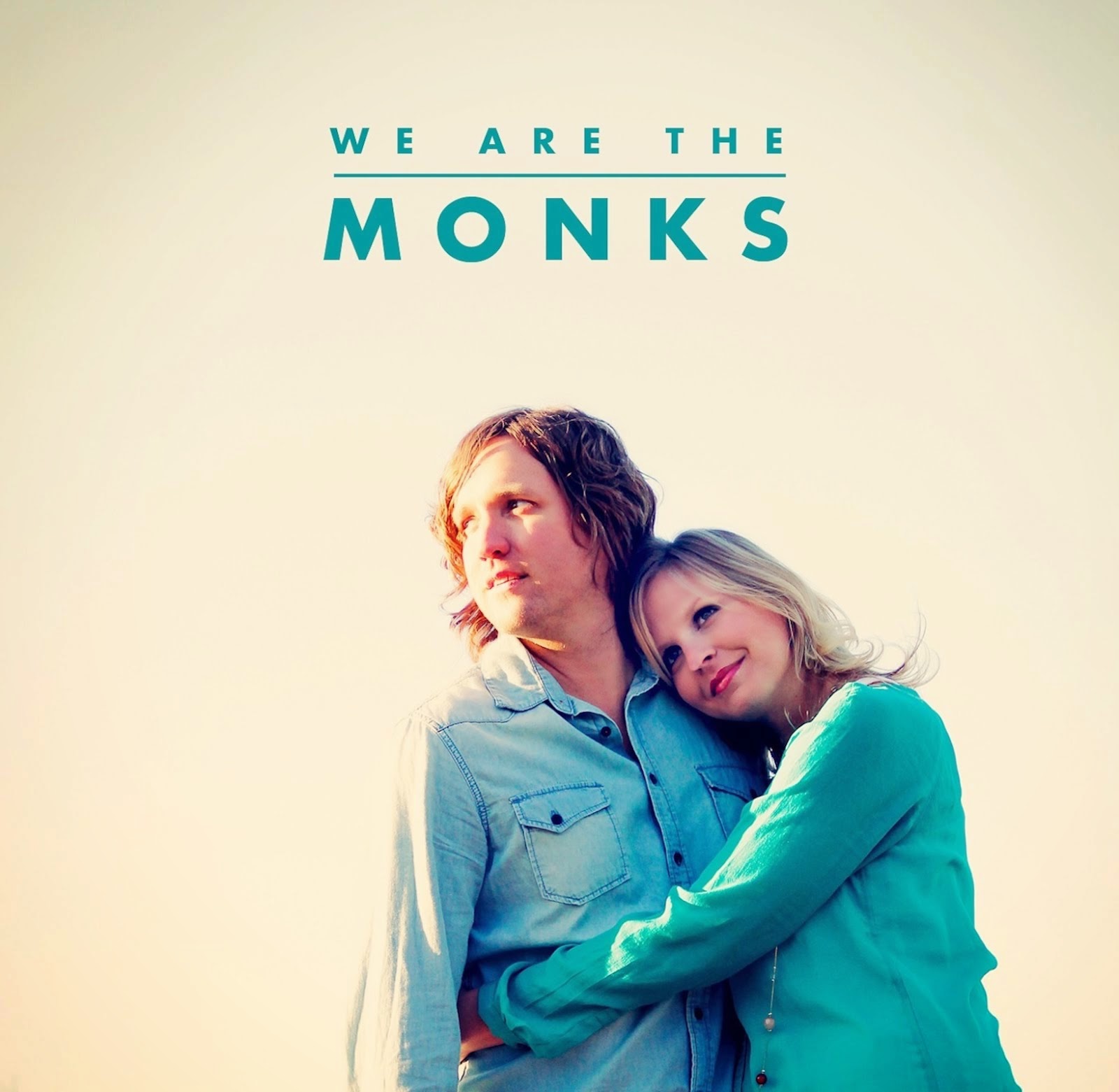